The Luc Donckerwolke design era at Hyundai Motor Group has come to an abrupt end.

The highly respected Belgian designer resigned from the company this week for unspecified personal reasons. 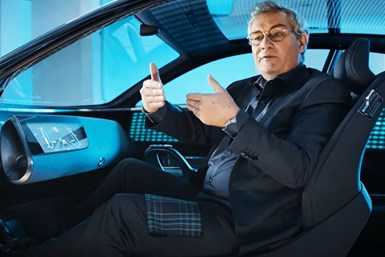 The 54-year-old Donckerwolke, who joined Hyundai in 2015 after stints with various Volkswagen Group brands, has headed global design operations for Hyundai, Kia and Genesis since October 2018.

Hyundai praised Donckerwolke for his contributions and leadership. In return, he thanked the company for allowing him to “push the boundaries and challenge the status quo" in shaping the future of its three auto brands.

After studying car design at the now-defunct Art Center College in Vevey, Switzerland, Donckerwolke worked as an intern for Peugeot. He joined Volkswagen Group in 1992 an exterior designer for Audi, which was followed by similar roles at Skoda, SEAT, Lamborghini and Bentley.

During his career, Donckerwolke has worked on dozens of high-profile vehicles and received countless accolades. His credit list includes the:

At Hyundai, Donckerwolke helped reposition the South Korean carmaker’s namesake brand by focusing on emotionally driven individual styling in place of an overall family design. Examples of the latest “sensuous sportiness” look include the Sonata sedan and the Palisade crossover. 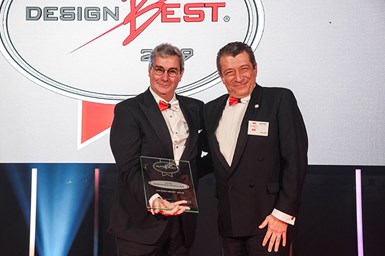 AutoBest, an independent European organization, recognized Donckerwolke’s accomplishments by inducting him into its DesignBest Hall of Fame earlier this year.

Hyundai has no immediate plans to appoint a new group design chief.

In lieu of a direct successor to Donckerwolke, the current brand design heads will take on increasing responsibilities.

SangYup Lee, who joined the Korean automaker from Bentley in 2016, will continue to lead design for Hyundai and Genesis. His counterpart at Kia, Karim Habib, also will remain in his role. Habib joined the company last September from Nissan’s Infiniti unit.

In addition, former Hyundai Group design chief Peter Schreyer remains in his advisory capacity as president of design management. Schreyer, another VW Group ex-pat, stepped away from day-to-day operations in 2018 in conjunction with Donckerwolke’s promotion.