“Clearly, the second quarter was a challenge, but we achieved near breakeven EBIT-adj. in North America, despite losing 8 of 13 weeks of production. These results illustrate the resiliency and earnings power of the business as we make the critical investments necessary for our future.” That was GM CFO Dhivya Suryadevara last month on General Motors Q2 earnings. 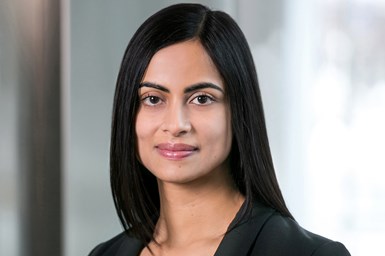 Well, that was the CFO then because Suryadevara has resigned, effective August 15. John Stapleton, GM North America chief financial officer, is her acting replacement.

Perhaps the future won’t be all it could be in the auto space.

She is leaving on good terms, as Mary Barra, chairman and CEO of GM, said, “Dhivya has been a transformational leader in her tenure as CFO. She has helped the company strengthen our balance sheet, improve our cost structure, focus on cash generation and drive the right investments for our future. We wish her every success.”

And Suryadevara said, “I am grateful for the opportunities I have been given at GM.

“While I look forward to a new opportunity that will allow me to apply my skills in a new sector, I have great confidence in GM’s trajectory and future.”

What that “new sector” is is not yet known.*

And it seems she thinks GM is going in the right direction.

Of all the manufacturing industries, automotive is the one that is recovering more solidly than others. That said, there is a question that someone who is still fairly young—Suryadevara is 41—must ask themselves regarding whether the industry is going to undergo a huge transformation being driven by technology and social attitudes toward transportation that makes it less appealing for the long run.

Or maybe this will be a swerve, of sorts. Earlier this year Amy Marentic went from being the North American Product Line Director for Ford Icons (as in things like the Mustang and the Bronco—clearly the sort of vehicles you’d like to be involved with) to Google’s Director, Global Client Lead Auto.

*Since this was originally posted, where Suryadevara is going has been announced: She is moving to Stripe, a San Francisco-based firm that describes itself as “a global technology company building economic infrastructure for the internet.” In its announcement of her joining the organization, Stripe pointed out that at GM she oversaw financial operations “amounting to over $100 billion in annual revenue.” And went on to note “Stripe will soon have paid out $10 billion to customers that joined Stripe since the onset of the pandemic in the US in March.” It sort of sounds like the trajectory of Stripe vis-a-vis GM is somewhat more dynamic.

According to Stripe, “only about 3 percent of global commerce happens online today.” So it is working on a developer platform meant to facilitate the growth of on-line commerce, and is currently working with companies including Amazon, Google, Salesforce, Microsoft, Lyft, Uber, Postmates and others.

Clearly, there is a huge upside here, probably the likes of which the auto industry is unlikely to ever see again.