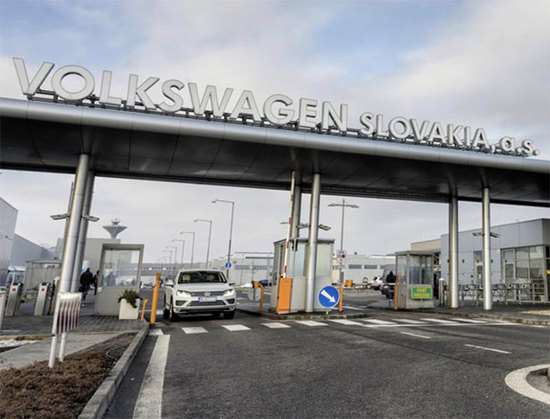 Reuters cites some 3,000 hourly jobs being eliminated by Volkswagen AG’s factory in Bratislava, Slovakia, the world’s largest carmaker on a per capita basis. Warns Oliver Grunberg, who heads VW operations in Slovakia, “This is the year that will decide the future of the Slovak factory.”

Grunberg cites the need for a better business environment in Slovakia. The tough talk comes two years after VW agreed to hike worker wages at Bratislava 14% over two years to end the country’s first major labor walkout in more than 30 years.

Daimler AG announced two months ago it was postponing plans to expand capacity at its small-car plant in Kecskemet, Hungary, the news service points out. LMC Automotive analyst Carol Thomas cautions that eastern European factories can no longer assume they will win next-generation models—or even retain their current product lineup.

Other countries in the region are finding it more difficult to attract investment to expand auto operations too, Reuters says. It reports that carmakers are turning more cautious because of trade uncertainties, softening sales and the economic consequences of shifting from piston power to electric drive systems.