End of the Line for Chevy Sonic

Reports about the demise of Chevrolet’s Sonic small car have been circulating for about three years.

General Motors finally pulled the trigger today, announcing it will kill the slow-selling subcompact by year-end.

The move will cut the bowtie brand’s car lineup to four models—the Camaro, Corvette, Malibu and Spark—as the industry continues to shift toward more popular (and higher margin) SUV/crossovers and pickups. 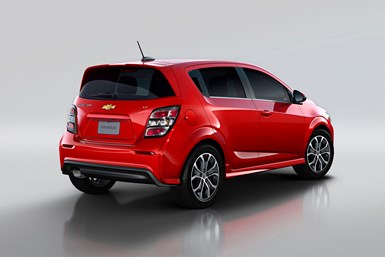 Volumes have fallen every year since then—including declines of nearly one-third in each of the last two years—cratering to just under 14,000 cars in 2019.

Fewer than 8,500 Sonics were delivered through the first half of 2020, down 24% from the same period last year. This compares to a 19% decline for Chevy overall, as industry sales plunged during the COVID-19 lockdown.

New EV on the Way

Production of the Sonic at GM’s plant in Orion Township, Mich., will end in October.

At that time, the facility will be retooled to build an electric crossover vehicle based on the Chevy Bolt EV. The base Bolt car also is due to be freshened next year.