Members of the European Union and the European Parliament have agreed to cut carbon dioxide emissions from cars 37.5% between 2021 and 2030.
#europe #Carbon 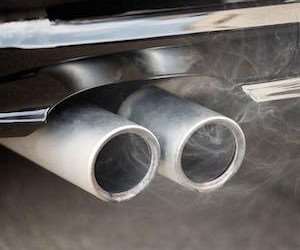 Members of the European Union and the European Parliament have agreed to cut carbon dioxide emissions from cars 37.5% between 2021 and 2030.

The compromise deal breaks an impasse that began in October when the 28-country European Parliament rejected the European Commission’s recommended 30% reduction and approved a 40% target instead. Carmakers have protested that any target greater than 30% will trigger massive disruptions and significant job losses in Europe’s auto industry.

Average CO2 emissions from vehicle are capped at 130 grams per kilometer under current regulations. That limit will drop to 95 g/km in 2021. The EU has targeted a combined reduction of 40% in CO2 and other greenhouse gases from all sources by 2030 compared with 1990.

The latest goals must be approved by each EU member country and the Parliament before taking effect.