Europe accounts for 15 of the top 20 cities in the biennial Copenhagenize Index of bicycle-friendly cities.
#europe #people 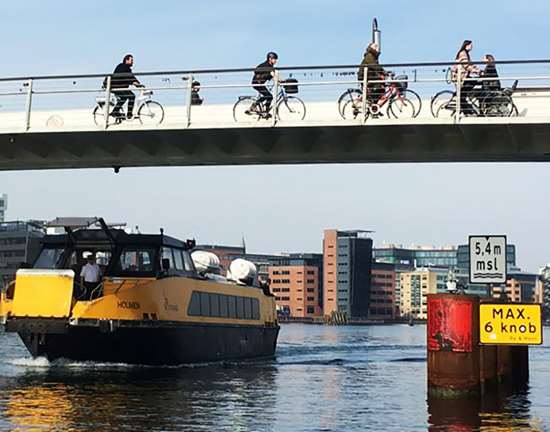 Europe accounts for 15 of the top 20 cities in the biennial Copenhagenize Index of bicycle-friendly cities.

Copenhagen retained the top spot on the list with a 90% index rating. The study notes the city invests nearly €40 ($45) per capita to build and maintain a bicycle infrastructure. As a result, Copenhageners cycle 894,000 miles every day, and three out of five work/school commutes are done with a bicycle.

A pair of Netherland cities, Amsterdam and Utrecht, follows closely behind Copenhagen with Index scores of 89% and 88%, respectively. The rest of the top 10, with scores ranging from 73% to 60%, all are European cities: Antwerp, Belgium; Strasbourg, France; Bordeaux, France; Oslo, Norway; Paris, France; Vienna, Austria; and Helsinki, Finland.

The highest ranked non-European city was 12th-place Bogota, Columbia, with an Index score of 58%. Also making the cut were two cities each from Asia (Tokyo and Taipei) and Canada (Montreal and Vancouver).

New York and San Francisco made the top 20 in the inaugural 2011 report, but no American city has ranked that well since then. But Copenhagenize praised Seattle’s dockless-bike-sharing program as a “success story” this year.

Copenhagen has been the top-rated city in each of the last three Copenhagenize reports. The city finished second to Amsterdam in the first two studies in 2011 and 2013. This year’s full report is available HERE.