Europe is starting to turn on the sales end of its gradual auto industry relaunch. But governments are going slow on incentives to spur demand.

Germany'scentral government lifted its nationwide ban on dealer sales of new and used vehicles on April 21. But it’s up to state-level authorities to decide when showrooms in their regions actually reopen. 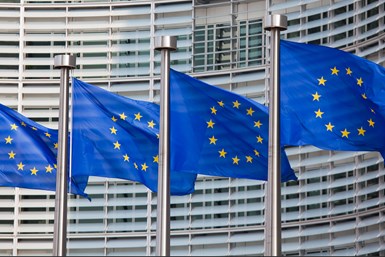 Italy will lift its dealership shutdown on May 4. Fiat Chrysler Automobile says its approved showrooms and repair facilities will resume operations on that date.

France, where dealership sales have been banned since March 16, plans to remove its restriction on May 11. But Prime Minister Edouard Philippe cautions that showrooms in regions that show a new spike in COVID-19 infections will be locked down again.

The European Union has been cautious about rolling out government-funded incentives to stimulate car sales. Demand plunged 55% in March and fell further this month as the coronavirus pandemic spread.

Germany’s carmakers are working with their home-state governments to quickly launch “cash-for-clunkers” discounts and perhaps tax reductions to steer purchases toward fuel-efficient models. Similar schemes were last used in Europe, China and the U.S. a decade ago during the financial crisis to coax consumers to scrap their old cars and buy new ones.

As then, carmakers plan to match cash incentives to purchase. But Bloomberg News notes that the government in Europe fret over the optics of using public funds to prop up an industry that was highly profitable last year.

Officials also are making it clear that any campaigns that do result from discussions about incentives will apply only to high-efficiency models that help Europe meet its carbon dioxide emission targets. The broad, anything-goes discounts of a decade ago aren’t likely to be repeated.

The timing of such stimuli also may not come as quickly as carmakers want. Manufacturers favor a quick and simple discount that applies pretty much to everything. That’s not what they’re likely to get.

In France, Finance and Economy Minister Bruno le Maire agrees that the country’s aerospace, auto and tourism industries need help. But he also says none will be available until France completes a comprehensive recovery plan in September.

Even then, the minister says, it will be important for EU’s most economically powerful members to coordinate their strategies. He also urges governments to seize the crisis as a moment to accelerate Europe’s effort to lower CO2 emissions.

Le Maire says it would be a “historic error” for the EU to turn to cheap oil and other fossil fuels that enable a “sloppy recovery” that buys a few years of economic revival but “will make us fall behind for future generations.”