Any shortfall would expose a manufacturer to fines of $104 per gram of overage, multiplied by its sales volume. 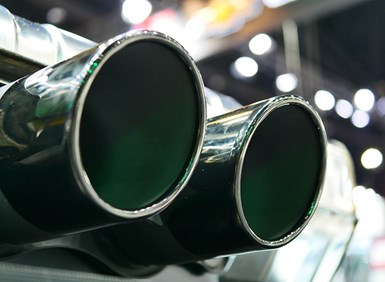 Until this year, carmakers were supposed to make sure their fleets averaged no more than 130 g/km of CO2. As a group, they have been well below that ceiling for several years.

But a new European Environmental Agency report says the cushion continues to shrink. In 2017, the industry’s CO2 average for new cars was 118 g/km. By the end of 2019, it had crept up to 122.4 g/km, still well below the cap.

So what’s the big deal? Well, this year regulators at the European Commission began a two-year phase-in of a new CO2 target: 95 g/km.

There’s no way to meet the new limit without a sharp upswing in sales of zero- and low-emission vehicles. Last year, deliveries of such cars accounted for a mere 3.5% of the European passenger car market, EEA says.

Meanwhile, demand for SUVs—vehicles notable for their hefty, big engines, lousy aerodynamics and CO2 emission average of 134 g/km—has zoomed to 38% of the European market. And EEA says vehicles of all sizes and types keep gaining fuel-sapping weight (by an average 66 lbs last year alone).

It’s been a similar picture for light commercial vans. Last year they averaged about 158 g/km of CO2 against a cap of 175 g/km. This year they face a new limit of 147 g/km.

Europe’s auto industry has been lobbying the EC for years to delay or soften the new CO2 standards.

Carmakers initially argued that their resources were already strained by the cost of developing technologies for self-driving vehicles, connectivity and, yes, electrification. Now they say the financial blow of the coronavirus makes simple survival a far more important issue, at least over the next year or two.

No telling what EC regulators will decide. But with tens of thousands of jobs on the line, there’s a definite whiff of compromise in the air.