The result: For the first time ever, there are roughly 100,000 more outlets to charge EVs than there are EVs to use them.

The milestone also shows that the chances of an EV driver being stranded by a depleted battery—a worry that has hobbled sales—is diminishing, says the International Energy Agency’s Global EV Outlook 2020 report. 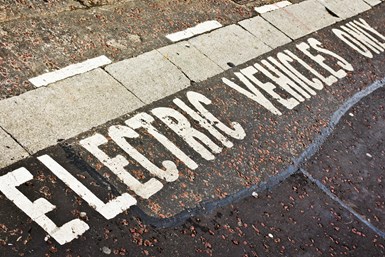 Demand for electrics zoomed to 2.1 million units worldwide in 2019, boosting the number of EVs sold during the past 10 years by 29% to 7.2 million. That number will reach nearly 10 million this year, or 3% of a global market pummeled by the COVID-19 pandemic.

IEA says the world’s supply of EV charging points grew to 7.3 million, most of them in homes and at offices. Publicly available outlets—60% of them in China—now exceed 862,000.

Sales Up as Incentives Fade

The agency points to another milestone for the EV market. Last year was the first in which EV sales continued to rise even though government incentives tor electrics declined. Experts agree that the global EV market won’t grow or be sustainable unless buyers perceive sufficient inherent value in such vehicles.

Still, IEA says the government’s role is slowly shifting to more indirect ways of supporting EVs, such as lower tax rates, emission regulations and infrastructure and other support services.

If existing government policies are simply extended, EV sales (excluding two- and three-wheelers) will reach 140 million units, or 7% of the global vehicle fleet, according to the agency.

Under a more aggressive “sustainable development” scenario, governments would strive to meet carbon dioxide emission goals set by the Paris Agreement. Those efforts, IEA says, would push EV sales to 30% of the market, or about 600 million vehicles by 2030.