Any concerns electric vehicle buyers have about range and charging stations typically dissipate after getting in the driver’s seat themselves, according to a new AAA study.

In a survey of nearly 1,100 EV owners, virtually all respondents indicated they would continue to plug in with their next purchase, despite much higher sticker prices. Check out AAA’s fact sheet on EV ownership. 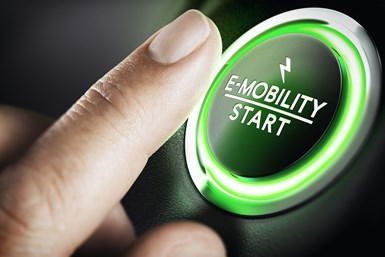 Nine in 10 of those polled acknowledge having pre-purchase concerns. Topping the list were range anxiety and lack of a sufficient charging infrastructure, each of which troubled three in five people.

Not to worry. Following first-hand experience, more than 70% of owners reported being less—or not at all—concerned about how far they could go or finding nearby charging stations.

Three-fourths of the AAA participants also own a conventionally powered vehicle. But EVs account for the overwhelming bulk (87%) of their driving. Moreover, two in five respondents say they actually log more miles since switching to an EV.

Does it Make Cents?

AAA calculates that the overall 5-year cost of ownership is 8% higher for a compact EV vs. a similar gasoline-powered model. This assumes driving 15,000 miles per year and average fuel costs of about $2.68 per gallon.

EVs actually are much cheaper to operate. It only costs $546 per year to keep them charged, compared with nearly $1,300 for a year’s supply of gasoline, according to AAA. Owners also save about $330 annually on maintenance and repairs, due to fewer mechanical parts, less wear and no oil changes or air filter replacements.

Depreciation—which is the biggest cost of owning any vehicle—also tends to be much worse for EVs. This is attributed to a lack of a secondary market, fueled in part by concerns about long-term reliability. AAA suggests the gap may begin to close as an EV ages.

But for EVs to become more than a small niche market, the insurance giant says, the industry needs to do a better job at conveying the real cost and experience of owning an EV to all consumers.