$2.4 billion deal is the latest in reverse merger deals
#BMW

California-based Canoo is joining the parade of electric vehicle startups planning to go public by quickly merging with a so-called “blank-check” investor. 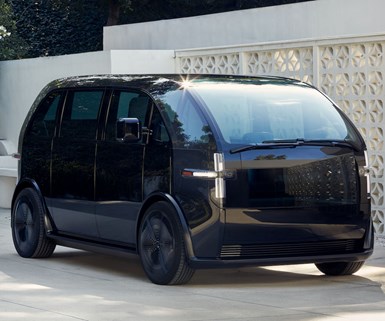 The Los Angeles-based EV company says it will merge with Hennessy Capital Acquisition, which will take the company public before year-end. The plan values the 3-year-old startup at $2.4 billion and will give it $600 million in development funds.

Shares will trade on the NASDAQ under the ticker symbol CNOO.

The deal is at least the fourth announced within the past three months by would-be makers of electric cars and trucks. Among the others are Fisker, Nikola and Lordstown Motors.

The companies are pursuing the same reverse merger strategy. The approach enables them to go public in weeks at a cost far lower than conventional IPOs. All are chasing investor mania—triggered by Tesla’s soaring share price—over the potential of EV companies.

Canoo, which was founded by two former BMW executives, plans to debut its vanlike Canoo EV next year in California. Sales will be on a subscription-only basis. Featuring party bus-style seating, the seven-passenger van features a glass roof and a range of 250 miles per charge.