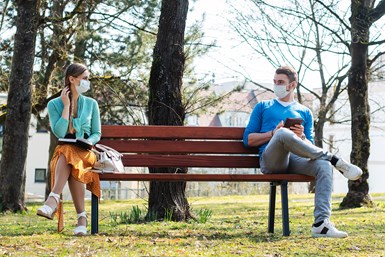 A study commissioned by IBM’s Institute for Business Value (IBV) indicates there could be long-lasting changes for the retail, transportation and travel industries after current stay-at-home restrictions are lifted. Social distancing practices that resulted from the pandemic also are expected to continue to affect how people pay for goods and do their jobs.

The study polled more than 25,000 Americans last month on how COVID-19 has changed their views.

How quickly and to what extent new car sales rebound largely depends on the health of the overall economy and consumer confidence levels. These questions won’t be answered for at least several months.

Asked if they plan to buy a vehicle, about half of all respondents said the impact of the coronavirus likely would delay the process, even after restrictions are lifted.

About one in five indicated COVID-19 won’t have any effect on upcoming purchase plans, while nearly one-third said there still is too much uncertainty to make an informed guess about such decisions. Responses ranged from:

Four in five said constraints on personal finances would impact their decision, while three in four cited concerns about the near-term U.S. economic outlook. Manufacturer incentive programs aren’t likely to have any impact on the decision, according to those surveyed.

Nearly 70% of respondents said they would be at least somewhat concerned about visiting a dealership showroom in person once restrictions are lifted.

Potential for Increased Use of Personal Vehicles

There is some cause for hope.

More than two in five respondents plan to use their personal vehicle more or as their exclusive mode of transportation after lock-down restrictions are lifted.

Fewer than 10% of those polled expect such usage to go down, while about 42% don’t expect any change.

Ride-Sharing and Public Transportation to Suffer

The increased use of personal cars and trucks will come at the expense of public transportation, ride-hailing, shared vehicles, subscriptions and traditional taxis and rental vehicles.

For each type of service, most people said they likely will use such transportation about the same or less than they currently do as stay-at-home policies are eased. About one in 10 respondents didn’t think they would ever use these modes again.

Those who didn’t use public transportation or ride-hailing/sharing service before the outbreak aren’t likely to give it a try when the economy reopens.

Work at Home and Social Distancing to Continue

Despite various challenges of working at home—lack of a dedicated workspace, access to the proper tools and technologies, loneliness, motivation and juggling family/childcare obligations—the trend is starting to grow on people.

Nearly two in five respondents strongly agreed that their employer should provide remote work options when normal operations resume. However, most feel they haven’t received adequate training to best do their jobs under the new conditions.

More than three-fourths said they would like to at least occasionally work remotely in the future. Some 54% want this to be their primary way of working.

Part of the reason is lingering fear about being exposed to large groups of people and the potential for another outbreak of the pandemic. More than half of respondents don’t want to be among a large crowd for the remainder of 2020, with conferences/trade shows listed as the top no-go destination.

Other key findings from the IBW survey include: