Another former top-level Volkswagen Group executive is in court to face charges of fraud in VW’s never-ending diesel scandal. 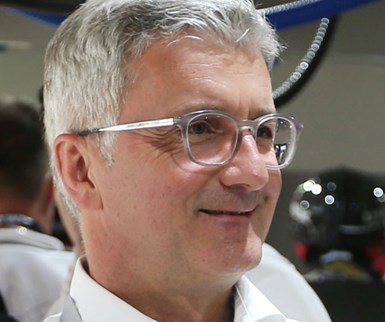 He is Rupert Stadler, who was CEO at the group’s Audi unit while the company was selling diesels rigged to evade emission laws. He was jailed for four months in Germany two years ago on suspicions of obstructing an investigation into the cheating.

U.S. regulators uncovered the scandal five years ago. VW soon admitted it had used illegal software to manipulate the emission controls of 11 million diesels worldwide, including 555,000 models in the U.S.

VW initially blamed the affair on a small group of low-level engineers. But since then, then scandal has expanded to the highest levels of management throughout the group.

Stadler began his CEO job at Audi in 2007 as the company was developing and then began selling V-6 diesels developed by Audi engineers. He and 20 other Audi personnel have been under investigation in Germany since mid-2018 for fraud and false advertising.

In 2018, a U.S. grand jury indicted Winterkorn and five mid-level engine and quality control executives (but not Stadler) of conspiracy and wire fraud for perpetrating and covering up the wrongdoing. None of those executives is likely to face prosecution in the U.S., since the U.S. lacks an extradition treaty with Germany.

U.S. authorities imposed some $25 billion in fines and legal penalties against VW Group within three years of uncovering the company’s illegal behavior.

But their ability to punish the people responsible has been limited to a handful of relatively low-level executives arrested in the U.S.

It’s a very different story in Germany. Authorities there are sharply focused on going after the people who caused and condoned the cheating. Their investigations may seem slow, but their relentless determination to prosecute wrongdoing at all levels is obvious.