A former Volkswagen manager is on his way back to Germany to serve his final two years in prison for lying to U.S. officials about the company’s diesel emission cheating.

Oliver Schmidt was one of the first employees convicted in the global scandal, which has cost VW some $30 billion to date. 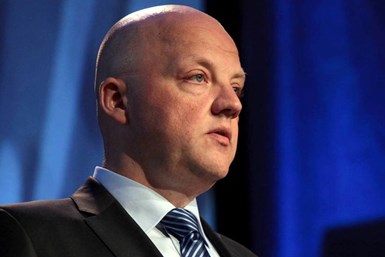 The former head of VW’s U.S. emission certification office has been incarcerated in a federal prison in Milan, Mich., since being convicted in 2017 of violating the Clean Air Act and conspiring to defraud the U.S.

Schmidt lied to California and federal emission certification officials about the ability of 555,000 diesels to meet U.S. pollution limits. In fact, the VW engines—and 10.5 million more sold around the world—used illegal software that dialed down emissions during tests but allowed them to soar under real-world driving conditions.

Schmidt initially pleaded not guilty but was jailed as a flight risk. But during his trial months later, Schmidt admitted he was coached to lie and given a list of talking points to mask a decade of cheating. He said his “script’ was provided by senior VW lawyers after being approved by company executives.

U.S. District Judge Sean Cox, who heard the original case, described Schmidt as a “key conspirator” who also destroyed evidence. The German received the maximum sentence of seven years in prison and a $400,000 fine.

He will be shipped to Germany under the U.S. Dept. of Justice’s international prisoner transfer office, whenever COVID-19 restrictions permit. He will remain under the jurisdiction of the Detroit court and is scheduled to be set free at the end of 2022.