Uber plans another round of cutbacks in hope of making itself profitable.

The ride-hailing service, which shed 3,700 staffers earlier this month, will dismiss another 3,000 fulltime employees, thereby cutting its workforce by 23%. 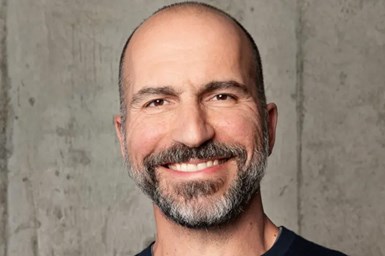 “We must establish ourselves as a self-sustaining enterprise that no longer relies on new capital or investors,” but which can “stand on our own two feet [and] secure our future,” CEO Dara Khosrowshahi tells employees. Given the uncertainties about the lasting effects of the coronavirus pandemic, he adds, Uber must resize itself to “match the realities of our business.”

Last year, Uber fired 1,200 employees in what it described as a “last wave” of layoffs. But that was before the coronavirus pandemic began.

Uber’s latest cutbacks are part of a strategy to rally around the company’s two core businesses: ride hailing and food delivery. Uber has been in talks to acquire rival food deliverer Grubhub, a move analysts say could make Uber’s own money-losing service much more cost-effective.

The new layoffs affect almost all departments. They don’t apply to Uber drivers, who the company considers independent contractors. Drivers saw their volume of paid rides plummet 80% in April because of the COVID-19 pandemic.

Khosrowshahi’s latest round of cuts will incur about $200 million in charges, according to a regulatory filing. But the reductions are expected to save $1 billion per year.

Last year Uber posted a record net loss of $8.5 billion. Before the coronavirus pandemic began, the company predicted positive earnings before interest, taxes, depreciation and amortization this year. Now it anticipates a positive EBITDA sometime in 2021.