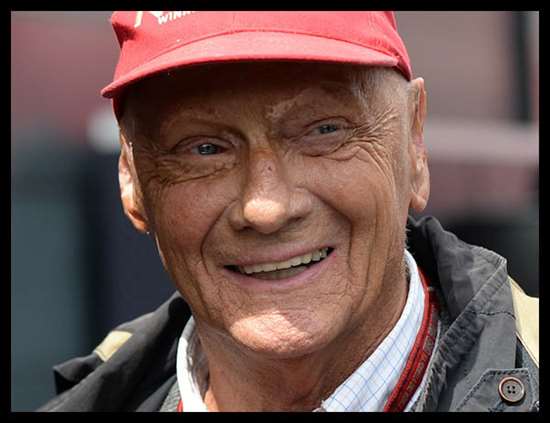 Lauda suffered severe burns in a crash in his Ferrari in 1976 that badly scarred his head. Inhaling toxic fumes before being pulled from his car left Lauda with chronic breathing problems.

He received two kidney transplants several years ago and a lung transplant in 2018. He was hospitalized earlier this year with the flu.

Lauda drove for five F1 teams during his career, winning two championships for Ferrari and one for McLaren. After retiring, he consulted for Ferrari, briefly managed Jaguar’s F1 team and then became non-executive chairman of the Mercedes AMG Petronas F1 team.

He was inducted into the International Motorsports Hall of Fame in 1993. He also wrote an autobiography and four books about F1 racing. A licensed commercial pilot, Lauda owned three airlines during his career: Lauda Air, Niki and LaudaMotion.

Lauda also had provided frank commentary about F1 races over the years for Austrian and German television.