Formula One racing has pledged to eliminate all non-recycled waste by 2025 and become a carbon-neutral sport by 2030.

The race engines used by F1 already are the world’s most efficient, with a thermal efficiency of 50% compared with about 30% for road cars. FIA, the sport’s governing body, will begin requiring that F1 fuel contain at least 10% biofuel by 2021. 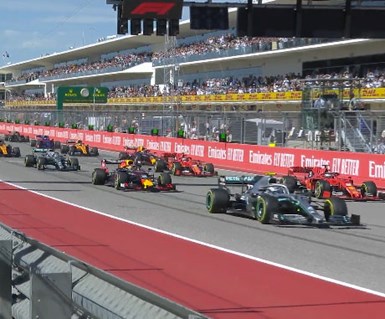 The teams will gradually switch to carbon-free transport at race tracks, adjust race schedules to cut carbon dioxide emissions that result from air transport of staff and equipment to and from events, and implement practices to offset unavoidable CO2 production.

F1 estimates that its racing events generate only 7% of the sport’s 256,000 metric tons of CO2 emissions per year, not counting the less than 1% emitted by the cars themselves during testing and races.

The logistics of moving cars and equipment accounts for 45% of the sports’ overall CO2 output, followed by staff travel at 28% and factory operations at 19%, according to F1.