Lewis Hamilton in now the most winning driver in Formula One history. 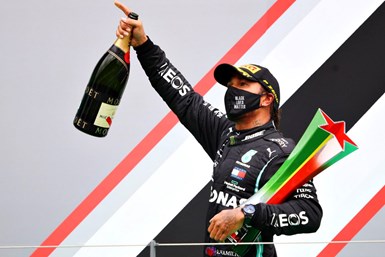 Hamilton signed on as a McLaren driver and won his first F1 race at the Canadian Grand Prix in 2007 at the age of 21. He captured his first world championship a year later—the youngest driver ever to do so.

His career stalled at McLaren as the team’s competitiveness faded over the next four years. Hamilton then made a surprising move to Mercedes, then a middling team, to succeed the retiring Schumacher for the 2013 season.

Since then, Hamilton has won five more championships, all with Mercedes (in 2014-2015 and 2017-2019). He also is on his way this year in a COVID-abbreviated season to claim his seventh F1 championship, which would tie Schumacher’s record. 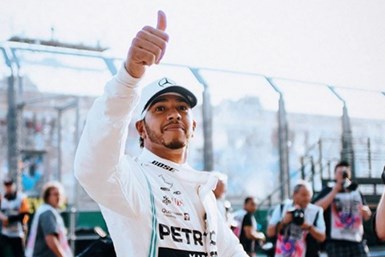 Hamilton has started from the front row in 60% of his races, including a record 97 starts from the pole position. He began from pole in yesterday’s event, led for most of the race, put in the fastest lap, lapped most of the field and finished nearly 26 seconds ahead of his Mercedes teammate, Valtteri Bottas.

To date, Hamilton has won 35% of the 262 F1 races he has entered. He says he hasn’t yet reached his peak, and he is widely expected to renew his contract with Mercedes at the end of this year.