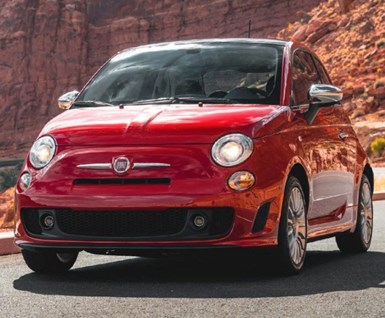 Francois tells Autocar that FCA wants the heart of its European products to be a balance between a range of city car variants of the 500 (pictured) and slightly larger B- and C-class models anchored by variants of a redesigned Panda and Tipo.

Virtually all FCA models developed for the European mass market will be between 3.5 meters and 4.5 meters long, according to Francois. “There will be no big cars, no premium cars, no sporty cars,” he declares.

Autocar says FCA will drop the slow-selling 500L MPV, replace its 500X crossover and introduce an upscale 500 Giardiniera estate model. A revamped Panda is due in 2021, to be joined by an all-electric version in 2023. The restyled car is expected to resemble the Centoventi concept.

The current Tipo is likely to be replaced with a crossover body style, perhaps sharing its platform with the Jeep Renegade

Francois says FCA also will need more all-electric models. The company plans to debut an electric, next-generation 500 for Europe about one year from now.