Italy is backing a $7.1 billion loan to buoy the local operations of Fiat Chrysler Automobiles. 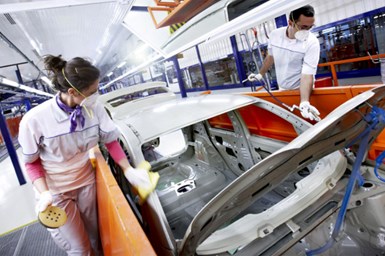 The three-year loan comes out of a $450 billion emergency fund set up by the government to help businesses survive the disruption caused by the COVID-10 pandemic.

The loan will certainly help FCA in Italy, where car sales plummeted 50% through May because of lockdowns imposed to control the health emergency.

FCA insists all the money will be spent in Italy. But the deal has spawned plenty of backlash in Italy, in part because FCA has been financially headquartered in the Netherlands since Fiat and Chrysler merged in 2014.

The aid also complicates the math involved in FCA’s increasingly complex plan to merge with PSA next year. FCA had planned to give shareholders a $6.2 billion dividend in 2021 before closing the deal next year, a move many analysts warned could bar government loans.

It was not immediately clear whether dropping the dividend was a condition of the loan. Italy’s bailout program says only that loan recipients cannot pay dividends until after 2020, according to Reuters.

But Gualtieri does confirm the agreement contains undisclosed commitments to jobs and capital investment in Italy. He also said last month that FCA would not be considered for a loan unless it promised not to move production capacity out of Italy.