The extra cars and trucks are the result of a year-old FCA sales analytics tool that is supposed to accurately predict consumers demand, according to Bloomberg News, which cites internal marketing documents.

Return of the Dreaded Sales Bank? 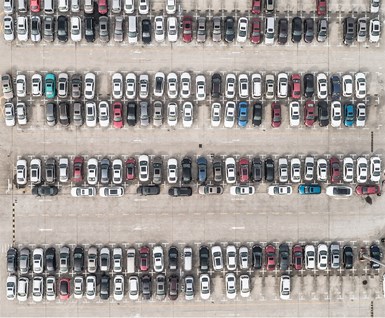 Dealers grumble that the current clearance sale reminds them of sales banks, a common industry practice from the 1970s and 1980s of putting production ahead of demand. The technique kept manufacturing costs low by running plants hard, regardless of actual demand. Not surprisingly, the result was wild swings in factory stockpiles that masked the true health of the auto market.

FCA disputes the comparison. The company concedes its new forecasting tool isn’t perfect. But it says the system has cut production overages dramatically, saving the company more than $440 million so far this year.

Fluctuations in factory inventories do remain. FCA’s stockpile of “unassigned” vehicles in the U.S. ballooned to 40,000 units in the third quarter and reached 70,000 early this month, sources tell Bloomberg.

In both cases, FCA switched on its push-and-discount strategy and quickly slashed those stocks, which dropped below 26,000 units this week, Bloomberg’s sources say. Even 70,000 unordered vehicles is modest compared to the acres of unordered cars that periodically surrounded U.S. car plants decades ago.

Dealers gripe that, even if they do need more vehicles, the ones available in factory inventory don’t match what their customers want to buy. They also say FCA has been limiting their ability to order what they do need until they sell down what’s already been produced.

This mismatch between supply and demand is as old as the auto industry. So far, mass production hasn’t figured out how to fix the problem by efficiently filling orders in a few days.

These imbalances tend to become more likely when the car market contracts, as it is beginning to do now. So pending a miracle, dealers can expect more of the same in 2020, like it or not.