Fiat Chrysler Automobile will begin recalling at least 1 million vehicles in the U.S. as soon as it figures out how to fix their excessive exhaust emissions.

The Environmental Protection Agency confirms that a callback is in FCA’s future. The company says it is working with EPA and California regulators on a cure.

When the recall comes it will involve a variety of models produced over the past seven years, all of them powered FCA’s 2.4-liter, 4-cylinder Tigershark engine. 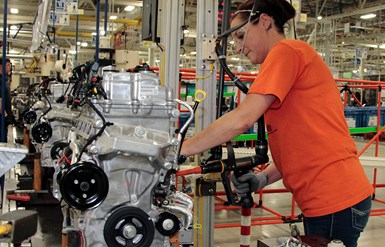 The powerplant is noted for its Fiat-developed MultiAir variable valve timing system which, ironically is designed to lower emissions and improve fuel efficiency. Fiat began using the technology, which can control intake valve actuation on a cylinder-by-cylinder basis, more than a decade ago.

FCA has been making aluminum-block Tigershark engines at its factory in Dundee, Mich., since 2013.

The engine has been used in the discontinued Chrysler 200 midsize sedan and Dodge Dart small sedan and continues to be offered in the Jeep Compass, Cherokee and Renegade SUVs. The company says it will announce exactly which models will be involved in the upcoming recall—most of them Jeeps—when it and regulators agree on the scope of and solution to the problem.

The emission flaw affects real-world tailpipe reading and apparently develops as the engine ages. The issue is unrelated to FCA’s diesel woes in the U.S., which involve electronic emission controls.

FCA revealed the pollution problem in a regulatory filing that also cites owner complaints about oil consumption by the same engines. Excessive oil burning could certainly elevate exhaust pollution, but it isn’t clear if or how the two issues are related.

Media reports notes that irate owners have organized class-action lawsuits in California and Michigan over oil consumption. They say their vehicles ran dangerously low on oil without warning, then abruptly shut down.