Fiat Chrysler Automobiles is gearing up to fix 1.2 million minivans and SUVs with steering wheel covers that could harm drivers in a crash.

Nearly 80% of the affected vehicles are in the U.S. FCA says it will begin mailing out notices about the recall in August. 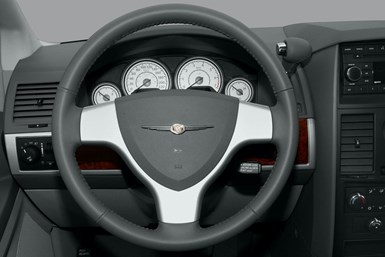 Those models have steering wheel covers adorned with a center-mounted plastic emblem. FCA says the clips that hold the emblem in place could loosen over time.

If that happens and the airbag behind the cover is then triggered by a crash, the clips and emblem could be blasted into the cabin at the driver’s face or upper body.

FCA reports 14 “potentially related” injuries, none involving other occupants in the vehicle. The company didn’t say what dealers will do to fix the issue, but it strongly advises owners not to mess with the badge themselves. One good reason: There’s a fully loaded airbag right behind it.

FCA also wants you to know it stopped using the flawed clips long ago. Questions? The company suggest owners call (800) 853-1403.