FCA will adopt PSA’s CMP (common modular platform) for its B-segment models, Automotive News Europe reports, citing a letter from the company to its suppliers. The letter advises vendors to halt all product development and tooling work related to the company’s current lineup of small cars. 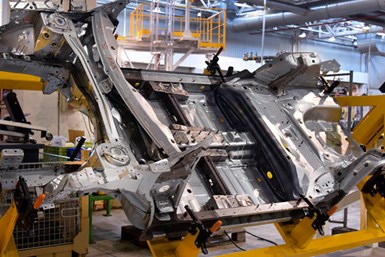 ANE notes that FCA told suppliers in March to stop further work on five small models for its Alfa Romeo, Fiat, Jeep and Lancia brands. The company blamed the suspension on disruptions caused by the COVID-19 pandemic.

FCA and PSA hope to complete their merger early next year, creating a new company called Stellantis. Until then, they must continue to behave as though they are competitors. To get around that hurdle, the two companies created an independent venture to pursue platform-sharing projects.

FCA CEO Mike Manley told analysts last autumn that his company intends to give up its position as Europe’s top seller in the minicar market and focus on more popular and profitable small cars. The shift is likely to occur by 2024, ANE says.

In charting the expected benefits of a merger, the companies said in December that the CMP chassis could be used by as many as 2.6 million vehicles by 2025.

Last year, PSA made about 161,000 cars that used the platform. FCA’s letter to suppliers says its factory in Tychy, Poland, will be retooled to make as many as 400,000 CMP-based small cars per year. The Tychy plant current makes Fiat 500 minicars and Lancia Ypsilon superminis.