FCA to Forego Summer Shutdowns at Some N. American Plants

Fiat Chrysler Automobiles plans to keep several of its factories open throughout the summer, forgoing traditional summer retooling shutdowns, to meet strong demand coming out of the coronavirus lockdown for certain vehicles.

Carmakers have gradually been ramping up production at their U.S. facilities since they were allowed to reopen them in mid-May. Plants were idled for more than two months due to the pandemic.

Most of the affected FCA facilities make SUVs and pickup trucks—including the Jeep Wrangler and Gladiator and Ram 1500—that have been in short supply this year. Other hot-selling models include Dodge’s Charger and Challenger muscle cars. 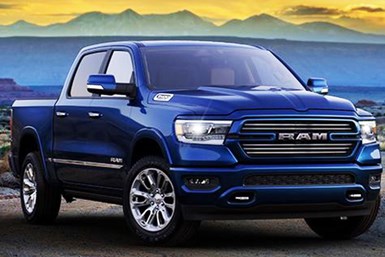 The FCA facilities that will remain open are:

Other FCA facilities will take either one or two weeks off in July or August. These include Belvidere Assembly in Illinois, Toluca Assembly in Mexico and Windsor Assembly in Canada.

The company’s truck plant in Warren, Mich., will go down the week of June 29 and stay closed through the end of September. The facility is undergoing a $1.5 billion renovation in preparation for the all-new Jeep Wagoneer and Grand Wagoneer SUVs.