Fiat Chrysler Automobiles NV plans to test electric vehicle-to-grid connectivity in Italy next year with a fleet of at least 500 electric cars. 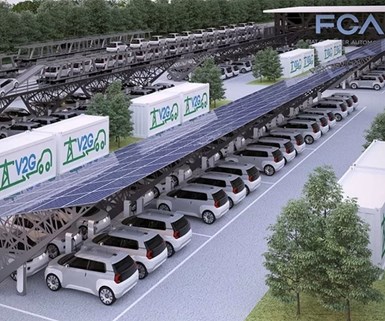 The company will begin tests late this year at FCA’s factory in Mirafiori with an initial fleet of 500 EVs and expand to as many as 700 vehicles by 2021, according to the company.

FCA is working with Terna, Italy’s electrical grid operator, on the project. The objective is to test technology that enables EVs to interact with the grid, taking power from it during low-demand periods and giving it back when demand is high.

Reuters says the test fleet initially will consist of the all-electric version of FCA’s 500 minicars. The model will go into full-scale production at Mirafiori about six months from now.