FCC Writes Off DSRC in Shift to Wi-Fi

The U.S. debate is over about which platform future cars will use to talk to each other.

The loser is DSRC (dedicated short-range communications). The technology was conceived 21 years ago as a way to reduce collisions by securely delivering real-time data to vehicles about the speed and direction of cars around them, traffic signal timing and more. 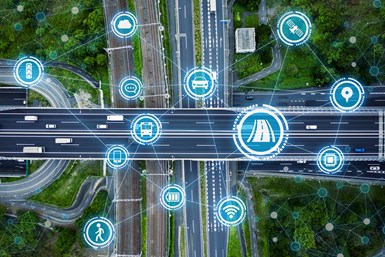 But the pace of turning theory into reality has been excruciatingly slow. Today, the Federal Communications Commission decided enough is enough, and it pulled the plug on DSRC—just as it said last December it would do.

When DSRC was first proposed in 1999, the FCC agreed to allow the technology to operate within a 75-MHz chunk of spectrum in the middle of the 5.9 GHz broadcast band.

The idea was to give DSCR enough elbow room to exchange safety-critical data at high speeds in real time. Backers warned that turning over any part of the DSRC spectrum for other uses might result in signal interference that could cause rather than prevent crashes.

Fast forward to today. The FCC points out that, after 21 years, DSRC still hasn’t been “meaningfully deployed” anywhere. Meanwhile, consumer demand for wi-fi has exploded. Wireless networks now carry more than half of all internet traffic, and usage continues to grow. Wi-fi providers have been hungry for more bandwidth, and the DSRC spectrum has been a choice target.

Given DSRC’s lack of traction, the FCC’s solution is “modernize” the 5.9-GHz band by splitting up the original 75-MHz band. “Today’s action,” the commission says, “begins the transition away from DSRC services.”

The bottom 45 MHz of DSRC bandwidth has been reassigned to unlicensed wi-fi use. Indoor services may begin using the new spectrum immediately. DSRC-based systems will have one year to vacate that spectrum.

The top 30 MHz of the band will be retained for so-called Intelligent Transportation System services—but not those based on DSRC. The commission says the new U.S. standard will be cellular-based vehicle-to-everything (C-V2X) technology.

C-V2X is attractive because its cellular platform claims greater range, broader coverage and the ability to work not just among vehicles but with pedestrians, cyclists, road workers and others too. When coupled with emerging 5G capabilities, C-V2X can do everything DSRC can do, its proponents claim.

Staunch DSRC backers are appalled by the FCC’s decision. They say the ruling pulls the rug out from under their technology just as it is finally ready to begin saving lives.

Skeptics have their doubts. There is no coherent plan to implement DSRC anytime soon. The technology has garnered only spotty regulatory support, and carmakers have been split in the DSRC versus C-V2X debate.

Like it or not, the FCC has moved on. Its conclusion is that the future of vehicle connectivity, at least in the U.S., will feature a 5G cellular platform.