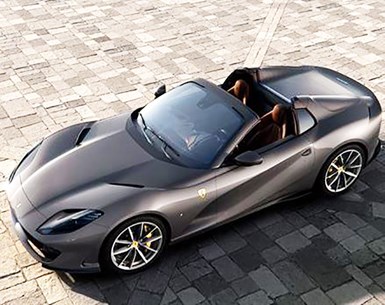 Ferrari unveiled the new drop-top, which is based on the 812 Superfast coupe that bowed two years ago, at this week’s Frankfurt auto show. The car is Ferrari’s first full production V-12 convertible since the 365 GTS4 in 1969.

The convertible weighs 75 kg (165 lbs) more than the 812 Superfast coupe. But Ferrari says the retractable hardtop doesn’t reduce interior space. The top can be fully deployed in stowed in 14 seconds while driving up to 28 mph.