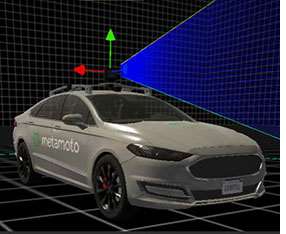 FEV will provide technical expertise and support to help Metamoto launch and market its Simulation-as-a-Service platform. Metamoto says the system allows companies working on autonomous technologies to train, test, debug and validate software in the virtual space before moving into real-world tests and applications.

The new platform can run millions of tests in a single cycle to identify performance boundaries and system tolerances, according to Metamoto. The process can simulate a variety of weather, road and traffic conditions, and isolate the performance of individual sensors and other components.

Over the past two years, FEV has expanded its capabilities in traditional vehicle engineering services to encompass electrification, connectivity and autonomous driving technologies.