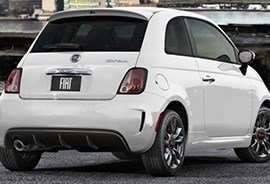 The company will continue to sell 2019-model 500s into next year until inventories run out, FCA tells Autoblog. The move affects hatchback and convertible versions of the 500, as well as the 500e EV and high-performance 500 Abarth model.

Without the 500, Fiat’s U.S. lineup will consist of the 500X compact crossover, 500L tall wagon and 124 Spider sports car. The latter is based on Mazda Motor Corp.’s MX5 Miata.

The next-generation 500 is expected to launch late next year in Europe as an upscale electric-only model. The current piston-powered 500 will be maintained as a lower-cost, entry-level car.