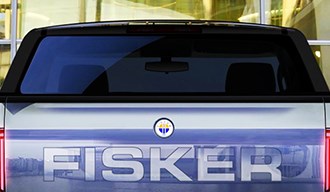 The new vehicles will share a platform with the yet-to-be-named SUV/crossover the company announced in March. That vehicle has a target price of about $40,000.

One of the new models appears to be some sort of truck with a cargo bed. Founder Henrik Fisker tweeted a teaser image of the vehicle’s rear end today, proclaiming all its vehicles regardless of segment will be electrified.

The status of the top-end EMotion electric sedan is unclear. Fisker put the project on hold earlier this year to focus on the crossover vehicle.