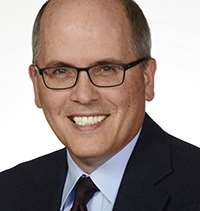 Lisa Sperling, Ford's director of customer analytics, will succeed Ballew on an interim basis until a permanent replacement is appointed.

Ballew joined Ford in 2014 as the company’s first chief data and analytics officer. He was promoted from executive director to vice president in mid-2017. During his tenure, Ford's analytics team doubled to more than 1,000 direct employees and contractors.