The option of working at home if you can is now worldwide policy at General Motors, Ford and Fiat Chrysler Automobiles.

The practice, intended to slow the spread of the coronavirus, is rapidly being adopted throughout the business world.

In a brief statement, Ford says that “much” of its global workforce should begin doing their jobs remotely on Monday. The obvious exception: production workers who must operate from company facilities.

FCA CEO Mike Manley issued a similar but more detailed directive last night in a letter to office workers. Both companies indicate that their stay-home policies will remain in effect indefinitely. 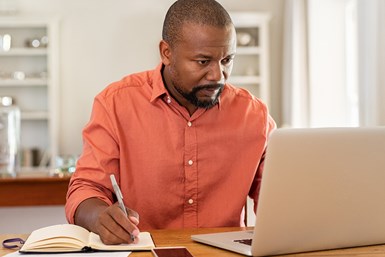 “Clearly we are now moving beyond regional hotspots and into planning for how this will impact every area of our business across the world,” Manley says.

FCA, which calls the option “Smart Working,” notes that the practice already has been adopted at its offices in Italy and Asia. The plan, which is being implemented on a department-by-department basis, allows a mix of at-home and in-office work.

FCA also is reconfiguring some factory operations to create more space between employee work stations. The idea was spawned by advice from health officials that staying at least six feet away from others can reduce the spread of the virus.

Manley’s letter spells out several other steps FCA is taking until further notice:

Manley says he will issue weekly updates about FCA’s evolving response to the crisis.

The new policies are an attempt by the carmakers to take action before an epidemic breaks out and throttles their operations.

So far, Ford and GM report no confirmed cases of COVID-19, the disease caused by the coronavirus, at their U.S. facilities.

Yesterday FCA said that one hourly worker at its transmission plant in Kokomo, Ind., tested positive for the disease. The company has sanitized the entire plant and put some of the employee’s coworkers under home quarantine.

Earlier this week FCA said it might shut down come component plants in Italy to help contain the virus. On March 9 the country, the world’s second-largest virus hotspots after China, began nationwide quarantine until at least April 3.