GM suspended Blazer production in Mexico last Friday because of parts shortages caused by the continuing United Auto Workers union walkout at the carmaker’s U.S. factories. GM says output won’t resume until the strike ends. UAW workers at GM are voting this week whether to accept a new four-year labor contract or send negotiators back to the bargaining table. 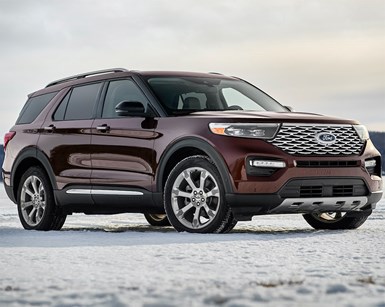 At Ford, worker dissension and quality-related production issues at its Explorer plant in Chicago have slowed shipments of the redesigned model (pictured). The factory received a $1 billion overhaul to build the new model.

The Explorer is America’s best-selling SUV. But Ford has been shipping the new model to its assembly plant in Flat Rock, Mich., for remedial finishing work, sources tell the news service. They also says that when the Chicago plant began sending units directly to dealers earlier this month, many of those units also required repairs.

Ford’s production snags contributed to a 31% drop to 135,800 Explorer deliveries through the first nine months of this year. Bloomberg predicts the slump will impact Ford’s quarterly earnings report on Wednesday.