To put it in bullet points, this morning Ford announced:

To put it in non-bullet points:

When Ford announced its fourth-quarter earnings this week, they were not “earnings” so much as losses, as in approximately $1.7 billion in Q4. 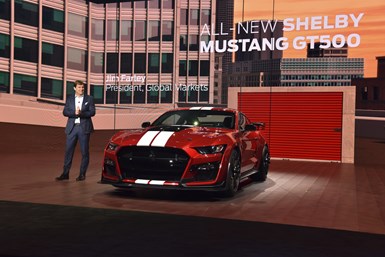 Jim Farley. He introduces Mustangs. He drives Mustangs. And now he is Ford COO. (Images: Ford)

Speaking to that and how 2019 turned out, Ford president and CEO Jim Hackett acknowledged: “Financially, the company’s 2019 performance was short of our original expectations, mostly because our operational execution – which we usually do very well – wasn’t nearly good enough. We recognize, take accountability for and have made changes because of this.”

One of the issues that the company had was what is generally termed a “botched launch” of the Ford Explorer at the Chicago Assembly Plant.

The forthcoming Ford Mach-E is getting lots of buzz, but the Explorer makes lots of money for the corporation.

As Hinrichs had been in charge of operations, perhaps the “We recognize, take accountability for and have made changes” goes to Hinrichs’ retirement.

Farley has been with Ford since 2007. Prior to that, he’d been with Toyota for some 17 years. I got to know him when he was in charge of launching Scion, and I’ve learned that he is nothing if not a passionate and committed individual. In his time at Ford he’s checked the boxes in terms of international assignments, literally having had major responsibilities in essentially every market. Hau Tai-Tang. He knows vehicles. He knows technology. He knows how to put the two together.

Thai-Tang is, in my estimation, one of the smartest people in the auto industry, period. The 2005 Mustang—the car that brought the Mustang back to its pony car prowess—was developed under Thai-Tang’s leadership, as he was the chief engineer for that car.

He’s one of those people who has probably forgotten more about product development and performance than most people learn over an entire career. He is not just a “car guy” but someone who has a deep understanding of technology. Every time I’ve talked with him I’ve come away far more knowledgeable, which is not something I can say about some other execs. 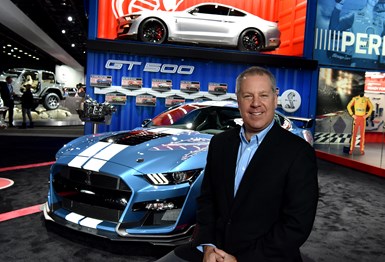 And while I’ve not had the opportunity to come to know Hinrichs, I remember sitting at a table with him at a hospitality suite that Ford had setup during the 2012 North American Auto Show for journalists and some of its staff, a venue that was opened after the show floor had closed, a place where all, after an extremely long day, could relax with some food and beverages.

He was just back from his assignment as chairman and CEO of Ford China, which he’d had from November 2010 to December 2011. It struck me that here was a guy who was the consummate manufacturing professional, as in being someone who (1) knew the equipment, (2) knew the people side of things, (3) knew the business aspects, and (4) was one hell of a nice and engaging guy. The full package. The sort of guy that you’d want to run a company that makes things. Go figure.