Ford is offering to invest $1.5 billion to launch production of five all-electric models in Canada in 2025.

The project as described by the Unifor labor union is part of a tentative three-year labor contract reached between it and the company last weekend. Some 6,300 workers will vote whether to ratify the agreement on Sunday.

The Toronto Star says the offer was cinched by roughly $380 million in Canadian government incentives. Canada’s federal government says it has been a part of the negotiations and will make a “meaningful contribution” to the pact. 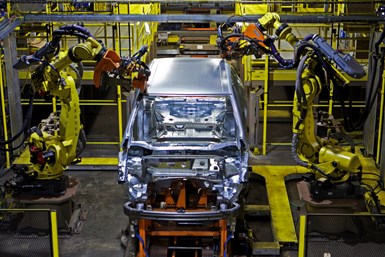 Much of Ford’s $1.5 billion investment and Canada’s incentives will be used to transform the carmaker’s Oakville, Ont., assembly plant into an EV and battery assembly facility. The factory, with annual capacity of about 200,000 vehicles, would be Canada’s first major EV plant.

Oakville, which ended production of the Lincoln MKT large crossover a year ago, continues to build the Ford Edge crossover. But that model is expected to end its run in 2023. Until now, Ford hadn’t assigned any new vehicle programs to the facility.

Canada has been notably absent in auto industry’s global swing to electric vehicles. Converting the Oakville plant to make EVs establishes Canada as a player.

Unifor President Jerry Dias sees considerable potential. He predicts that Ford’s investment will have a positive impact on the Canadian supply base and could lure other carmakers to establish EV production in the country.

“It starts the discussions about the supply chain and the jobs that follow,” he tells reporters. “It also starts a discussion as a nation.”

Once the Oakville plant is converted and producing all five new models, employment there will reach about 3,000 people, according to Dias. The factory currently employs 3,400 workers, down from 4,000 a few years ago.

Ford has said it intends to spend $11.5 billion to develop 40 electrified models—16 of them all-electric—by 2022. Those vehicles will go into production in North America and elsewhere between 2022 and 2028.

Until now, none of the models was slated for production in Canada.