Next year Ford Motor Co. will launch the fourth generation of its Sync infotainment system that includes over-the-software update capability and other enhancements.
#tech #Ford #Lincoln 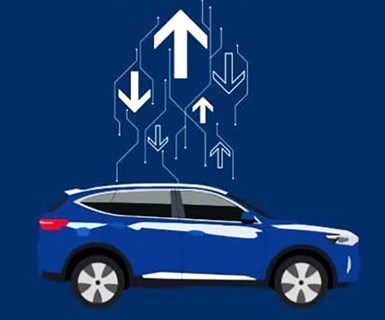 Ford says the new system will have twice the computing power of current Sync3 devices to speed responses and enable split-screen functionality. Machine learning will be used to identify and make suggestions based on user preferences.

Most new Ford and Lincoln vehicles will be equipped with a standard 8-inch touchscreen. Buyers can opt for 12- or 15.5-inch screens. The latter will feature “adaptive dash cards" that display recently used or popular features along the bottom of the screen.

Other features include a digital owner’s manual—with video demonstrations—and a built-in digital assistant. Accessed by saying, “Okay, Ford,” the digital assistant can be used to help find and navigate to points of interest.

Ford initially will use OTA to update and add convenience and entertainment features. But the company says it could eventually use the technology to make recall-related software fixes. The first OTA updates are expected to be made about six months after Sync4 is introduced.

Ford says most updates will take two minutes or less to install. Many will be done in the background while the previous software continues to operate. Customers also can schedule updates to occur overnight or at other times when their vehicles aren’t being used.