Ford is recalling 600,000 of its 2006-2010 model Ford Fusion, Lincoln MKZ and Mercury Milan sedans in the U.S. to fix hydraulic systems that could make the brake pedal suddenly feel spongy. 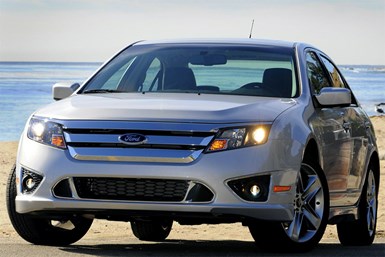 The problem is a valve in the brake system that may stick in the open position. If it does, a driver would need to press the brake pedal noticeably farther to make the car stop. Ford says the flaw may be responsible for 15 reported crashes and two injuries.

Dealers will replace the brake fluid in affected vehicles and replace the hydraulic brake control unit if necessary.

To determine whether a particular car is included in the recall, round up its vehicle identification number (VIN) and visit safercar.gov.