Before being set loose on roads, self-driving vehicles need a comprehensive view of what they could encounter
#tech #Ford #Amazon

To help spur further development of autonomous vehicles, Ford is releasing to outside researchers a year’s worth of information gathered from its test vehicles. 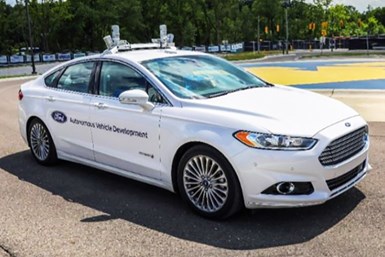 Captured by advanced sensors and mapping systems during testing in Michigan in 2017 and 2018, the records identify and categorize myriad objects and driving scenarios that vehicles could encounter. Such information is used to teach autonomous vehicles how to navigate real-world conditions.

The test vehicles were manually driven at different days and times on Detroit-area routes that included a mix of highways, city centers, university campuses, suburban neighborhoods and other venues. Because the information was collected over the course of a year, it includes seasonal weather variations as well as changes in traffic, pedestrian density and construction conditions.

Data were culled from lidar, cameras, a 3D-point cloud and ground reflectivity maps. A plug-in app adds a visualization element for the data, which is offered in ROS format. 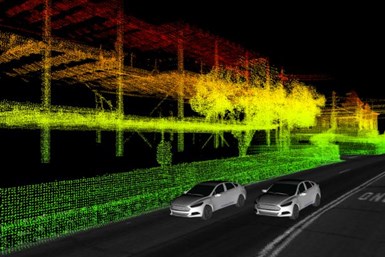 The integrated information provides a comprehensive view of what a self-driving vehicle “sees,” Ford notes. Researchers need such records to design robust algorithms that enable vehicles to recognize and safely adapt to as many variables as possible.

Ford is releasing the information online through its collaboration with the Amazon open data program. The first data set already has been uploaded.

Several other companies previously have announced plans to share their sensor datasets:

But Ford claims its program is the first to include data from multiple vehicles, which the carmaker says provides a more complete snapshot.

The 2017-2018 tests were separate from Ford’s partnership with its Argo AI affiliate to develop commercial applications for self-driving vehicles. Last week, Ford announced it was delaying those efforts, which aimed to launch robo-taxis and autonomous delivery services in 2021, until 2022 in part because of the impact of the coronavirus pandemic.