David Woodhouse, who had been Ford Motor Co.'s director of global strategic design for the last two years, has left the company.
#Land Rover #Mercury #Ford 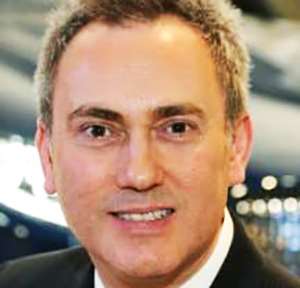 David Woodhouse, who had been Ford Motor Co.'s director of global strategic design for the last two years, has resigned from the company, Automotive News reports.

In a Facebook post, Woodhouse described the decision as “difficult” but didn’t elaborate. Ford confirmed the move.

In late 2013, Woodhouse was appointed design director of the Lincoln brand, where he helped implement the luxury brand’s touted “quiet flight” styling philosophy. He continued to oversee Lincoln’s design after being named director of strategic design.

Prior to joining Ford, Woodhouse was a designer for BMW, Jaguar Land Rover and General Motors’ Cadillac unit in Europe. He holds a master’s in design from London’s Royal College of Art.