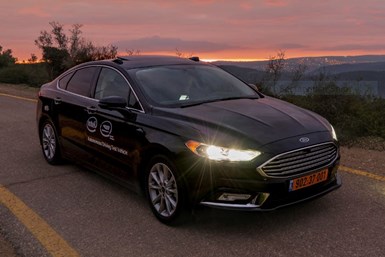 Chip-maker Intel made a name for itself with its “Intel Inside” branding campaign. The initiative, which started in the early 1990s, positioned the company’s microprocessors as a key component in computers.

Now the company’s Mobileye unit has scored a branding coup of its own that could help make the Israel-based tech company a household name, at least when it comes to owners of future Ford cars and trucks.

Under a new agreement, Mobileye will supply its EyeQ3/4 processors and sensors to support advanced driver-assistance systems (ADAS) in next-generation Ford vehicles worldwide. 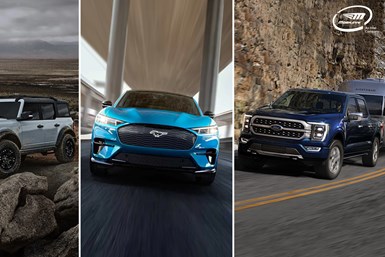 The deal builds on Ford’s existing relationship with Mobileye, which has worked with the carmaker for several years in a limited capacity. But this will be the first time Ford has committed to using Mobileye technology throughout a vehicle’s lifecycle, according to the partners.

The rollout will start this autumn on a couple of high-volume/high-profile vehicles: the 2021 Mustang Mach-E electric crossover and F-150 pickup. Additional vehicles will be added later.

EyeQ will enhance the performance of the systems, according to the partners. Mobileye claims its technology can support more complex and “computationally intense” vision processing—including EyeQ4’s multiple sensor capability—than rival systems.

Mobileye will work with other Ford Tier 1 suppliers to integrate the technology into new vehicles.

Mobileye’s logo will be displayed in the vehicles’ Sync driver-assist displays.

Ford says the tech company’s name will be front and center, making customers aware for the first time that some CoPilot360 technology features Mobileye sensors.

Ford also is evaluating Mobileye’s “Roadbook” technology. The software uses anonymized, crowd-sourced data from vehicles already on the road and equipped with its cameras to build a high-definition map.

The real-time map updates could be shared with other vehicles, including those equipped with Ford’s new hands-free Active Drive Assist technology. The data also could be accessed by future self-driving vehicles.

Mobileye, which was purchased by Intel for $15.3 billion in 2017, already supplies advanced driver assistance systems to about 30 carmakers worldwide. Last November, the company announced a partnership with Chinese startup Nio to develop automated systems for use in electric robo-taxis in 2022.