Ford to Resume Production at 13 Plants in N. America

Ford says it’s ready to get back to work in North America in April. A few other carmakers may do the same. 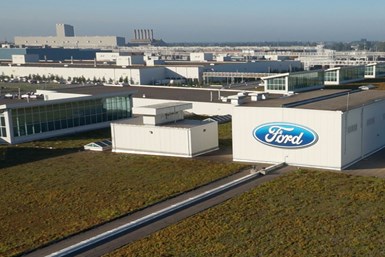 The company aims to resume production next month at 13 assembly, stamping and parts plants in Mexico and the U.S. Most of the output will be F-Series pickup trucks.

The facilities were shuttered last week until at least March 30 under an agreement worked out between the United Auto Workers union and Ford, General Motors and Fiat Chrysler Automobiles.

The relaunch will begin on April 6 when Ford’s factory in Hermosillo, Mexico, resumes production of Ford Fusion and Lincoln MKZ midsize sedans.

Another 11 factories in the U.S. will return to at least limited output on April 14 of pickup trucks and commercial vans, pending the evolution of the coronavirus pandemic and the readiness of suppliers to support the facilities.

The four U.S. assembly plants are:

The eight component plants, also all in the U.S., are:

FCA says all its facilities in the U.S. and Canada will remain closed until April 14. At least some plants could reopen shortly thereafter.

FCA’s timing will vary according to the status of current stay-at-home orders by several state governors—and the readiness of each facility. The company says it has a separate announcement coming about its assembly operations in Saltillo and Toluca, Mexico.

GM has no update for now about when its North American plants will resume output, noting that conditions are fluid and likely to change from week to week.

Honda has extended its shutdown in the U.S. and Canada by one week to April 7, mainly because of slumping demand caused by measures imposed to stem the coronavirus pandemic.

Toyota, the most cautious of the bunch, says it won’t reopen its North American factories until April 20, also because sales have tanked for now.

The UAW is reviewing these startup plans with “great caution and concern.” The union precipitated the shutdowns by demanding time to disinfect plants and set up continuing health monitoring safeguards to protect workers.

President Rory Gamble says he is especially wary of companies that announce plans to reopen facilities two or three weeks from now, as the pandemic continues to grow and create new regional hotspots.

Company decision makers should adopt a single, simple guideline, Gamble says: “Would I send my family into that plant and be 100% certain they are safe?”