A gesture against hateful online content. But how effective?
#Honda #Ford

Ford is suspending its presence on all U.S. social media platforms for 30 days.

The carmaker cites a rising proportion of hate speech and calls for violence and racial discrimination. Such content, the company says, “needs to be eradicated.”

Ford joins Honda, whose U.S. unit said last week it will suspend advertising on Facebook and Instagram during the month of July. Honda declared it was “choosing to stand with people united against hate and racism,” adding that the company’s values are “grounded in human respect.” 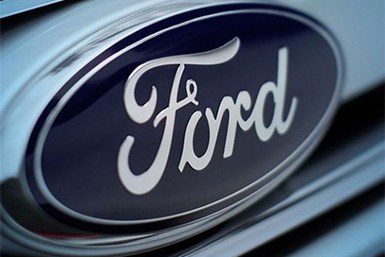 Honda and Ford are the first two carmakers to join a growing “Stop Hate for Profit” boycott against the two platforms that began last week.

Among companies that launched the month-long movement are Coca-Cola, Patagonia, Pepsi, REI, Starbucks, Unilever and Verizon. Some, including Ford and Unilever, also have suspended their marketing presence on Twitter. Unilever’s pullout will run through the end of 2020.

The boycott’s objective is to put financial pressure on the likes of Facebook, which derives billions of dollars of income from ads aimed at its users. On a more pragmatic level, participating advertisers aren’t eager to have their messages appear next to bigoted rants or wacky conspiracy videos.

How much impact will the boycott have? Critics suggest that a month-long ad suspension against a platform such as Facebook is a symbolic but ineffective gesture.

A meatier approach, some say, would be for companies to exit social media platforms entirely, taking their promotional spending for such sites with them.

But such a drastic action also would block the ability to touch the millions of less strident social media consumers advertisers still want to reach. Whether most companies believe that dropping out of social media is worth it remains to be seen. But it seems very unlikely.