F-Series pickups generate about 30% of the carmaker’s revenue. The tally is about twice as much as what McDonald’s pulls in.
#Ford #Tesla #Apple

Hau Thai-Tang, Ford’s product development chief, refers to the F-150 fullsize pickup as the “crown jewels” of the company’s business. Others simply call it a cash cow.

For good reason. Not only is the F-Series line (which encompasses the F-150 and its Super Duty siblings) the best-selling vehicle in the U.S., it also generates a truck-load of money.

To underscore exactly how important the F-Series is to the company’s bottom line, Ford commissioned a study by Boston Consulting Group.

The findings are staggering. According to BCG’s calculations, the nearly 900,000 F-Series pickups sold last year generated about $42 billion in revenue. That adds up to almost 30% of Ford’s automotive business.

To put the F-Series’ tally in perspective, BCG compared it to the revenue generated by other popular consumer products and entire companies. 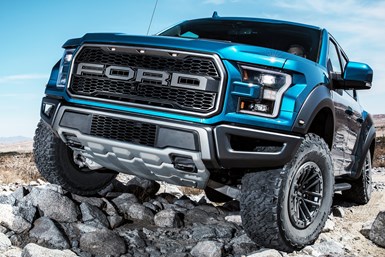 Apple’s iPhone led the way with sales of $55 billion. The F-Series was second.

The popular truck not only rang up more cash than Big Macs did last year, it generated about twice McDonald’s total revenue.

In fact, if the F-Series was a stand-alone company it would be the 80th largest in terms of revenue in the U.S. In addition to McDonald’s, the truck would be bigger than such heavyweights as Allstate, Coca-Cola, Hewlett Packard, John Deer, Kraft Heinz, MasterCard and VISA, Netflix, Southwest Airlines, Starbucks, Twitter and Uber. And it generated nearly twice as much revenue as Tesla did last year, although Tesla is now the most valuable carmaker in the world in terms of market capitalization.

No team comes anywhere near the F-Series. Make that no league, or even combination of leagues, can compare with the Ford truck.

The F-Series also is important to the overall U.S. economy.

BCG says the truck supports about 500,000 jobs—Ford employees plus indirect workers at suppliers, dealerships and other marketing partners. All told, the F-Series contributes $49 billion annually to the U.S. gross domestic product, according to the study.

In addition to underscoring the F-Series importance, the BCG study sets the stage for this week’s unveiling of the next-generation F-150.

The big event will be live streamed on YouTube at 8 p.m. on Thursday. Actor Denis Leary, who voiced Ford’s truck ads from 2007 to 2018, will headline the proceedings along with a host of Ford executives.

Until then, here’s a few important milestones about the history of Ford trucks:

The F-Series has been America’s best-selling vehicle for 38 consecutive years and the country’s top-selling truck for 43 years. More fun facts are available HERE.