Jim Farley will qualify for a $2 million pay hike when he becomes Ford’s new chief operating officer next month. 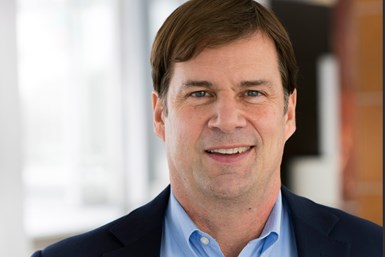 That number could reach $8.3 million this year, according to a Ford regulatory filing. His base pay will rise $400,000 to $1.4 million. He also will receive $5 million in stock, up from $3.8 million last year. His performance-based bonus could reach $1.9 million from a previous cap of $1.4 million.

The big payday depends primarily on how well Farley can shepherd Ford’s slow-moving global overhaul to fruition. So far, Wall Street has been unimpressed with the company’s progress.

He was referring in part to Ford’s stock price, which had been declining for more than three years—and the perception that former CEO Mark Fields had no effective plan to do anything about it.

Hackett declared that would step up its transformation for a future driven by connected, electrified and autonomous personal transport. He vowed to slash costs by $14 billion in five years, spending $10 billion on streamlining moves that would lower operating costs by $25 billion. There were hints of future partnerships and alliances.

Getting Down to Business

In July 2018, Ford consolidated its robo-car activities. In October, Hackett warned 70,000 salaried employees that big layoffs were coming their way as the company began reorganizing its entire business.

In December 2018, Ford was ready to restructure its business in Europe. A month later, the company revealed it was partnering with Volkswagen on pickup trucks and small commercial vans. The two companies soon expanded their nonequity alliance to include electric vehicle development.

At the same time, Ford was pressing ahead with a 10-year, $1 billion overhaul of its technical center in Dearborn, Mich. The project began before Hackett’s arrival and expected to be completed by the end of 2022.

In June, Ford confirmed it will invest $740 million to turn an abandoned, 505,000 sq-ft train station in Detroit into the focal point of a 45-acre tech campus for its advanced mobility initiatives. Some 5,000 engineers and software developers eventually will work there.

By July, VW had agreed to a $2.6 billion deal to invest $1 billion in Ford’s Argo AI autonomous-vehicle unit and merge its own intelligent self-driving operations with the Pittsburgh-based startup.

As for a clearly articulated structure and cohesive plan for moving Ford forward? Not much yet. Investors still can’t see exactly what Ford expects to look like a few years from now, let alone how it will slash its operating costs by $25 billion.

Shareholder impatience is easy to measure. Ford’s shares have bumped their way down to about $8 from twice the amount in mid-2014.

Farley’s main job this year will be to help Hackett finish the assembly phase and put his vision on the road.