Two former presidents of the United Auto Worker union have now admitted they stole hundreds of thousands of dollars in union funds to bankroll lavish lifestyles.

Earlier today Dennis Williams pleaded guilty in Detroit’s U.S. District Court of embezzling union dues while he was president in 2014-2018. His successor, Gary Jones, admitted to the same charge three months ago. 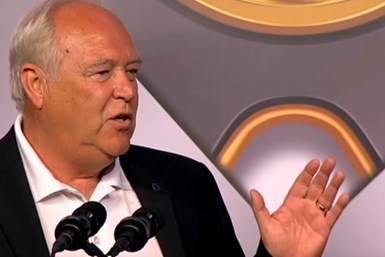 Williams appeared in court via a video conference. He is the 15th person to plea guilty in a U.S. Dept. of Justice corruption investigation launched five years ago.

The probe began at an employee training center operated in metro Detroit by the UAW and Fiat Chrysler Automobiles. Since then it has pursued more widespread evidence of wrongdoing by UAW executives.

Williams accompanied today’s guilty plea with an apology to his family and UAW members. “I had an idea there was something wrong,” Williams told the court. “I ignored it and turned my head.”

The federal case against Williams and later Jones centered on the misuse of union funds when each was in charge of the union’s Region 5. Now disbanded, the office represented the UAW in 17 western states. Vance Person, who followed Jones in that job, was indicted last December for money laundering and embezzlement.

Prosecutors say funds were diverted to rent luxury villas in Palm Springs and to pay for golf outings, fancy meals and personal luxuries.

Neither Williams nor Jones has been sentenced. Both are expected to receive relatively short prison terms and lenient fines in return for cooperating with the continuing federal probe.

In the meantime, the U.S. Dept. of Justice investigation grinds on. And the possibility of federal oversight of the UAW looms large.