Much more testing is needed, but it’s the quality not quantity that will make the difference
#Volkswagen #Volvo #Tesla

One of the challenges in developing autonomous vehicles is ensuring they can handle anything and everything they could encounter on the road, including so-called edge cases and other unexpected and unlikely scenarios.

This requires a lot of testing. On the road. At test tracks. And in simulations.

The problem is there is an over-reliance on real-world physical testing, even in the virtual domain. 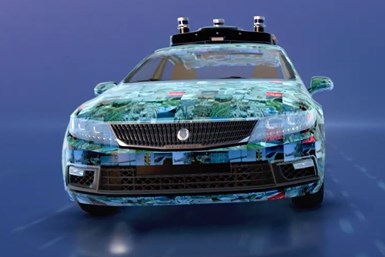 So says Ziv Binyamini, CEO and co-founder of Foretellix, an Israeli startup specializing in autonomous vehicle validation. He notes that developers currently harvest data from road testing, then repurpose it into digital models with slight modifications but can’t make more dynamic changes without invalidating the results.

This limits virtual testing to situations encountered on the road, which Foretellix claims is nowhere near a broad enough scope.

“The industry needs to dramatically increase the number of scenarios tested,” Binyamini says. And, he adds, there needs to be a systematic approach to track variables, analyze safety metrics and enhance testing coverage.

Foretellix has developed a new software tool, dubbed Foretify, that it claims can significantly increase both the quantity and quality of autonomous vehicle testing.

Described as a measurable scenario description language (M-SDL), Foretify automatically generates a huge number of random variants and collects coverage to prove the safety case for autonomous vehicles and advanced ADAS systems, according to Foretellix.

“Our system can generate millions of different variants, so we can find many of these edge cases,” Binyamini says. “We can also help developers identify if they’ve sufficiently tested the variables and what they still need to test.”

In a cut-in scenario, for example, where a self-driving vehicle is cut off and needs to either slow down or change lanes to avoid an accident, developers need to test several tens of thousands of varying parameters, Binyamini says. This includes everything from the relative speed of the vehicles and which side the cut in is occurring from to the curvature of the road and different weather conditions.

The level of complexity and cost of failure is similar for autonomous vehicles, Binyamini notes. As proof, he points to a recent accident in Taiwan involving a Tesla Model 3 operating in Autopilot mode that ran into an overturned semi-truck, and a Volvo recall earlier this year for vehicles equipped with its automatic emergency braking system.

Both problems could have been avoided with improved testing, Binyamini claims. Shortly after the Tesla accident, he says, Foretellix replicated the scenario and tested 100,000 variables within a few weeks.

Foretify is based on a similar tool the software industry uses to test semiconductor chips.

Developed in the late 1990s by Verisity (now part of Cadence Design Systems), where the founders of Foretellix previously worked, the technology now is used by virtually all chip manufacturers, Binyamini says.

He notes that semiconductors are extremely complex with billions of transistors on a single die. The number of interactions and things that can go wrong is almost infinite. Design mistakes found after production starts can take six months to fix at a cost of millions of dollars—and more than $1 billion in some high-volume cases.

The level of complexity and cost of failure is similar for autonomous vehicles, Binyamini notes.

Foretellix is working with the Assn. for Standardization of Automation and Measuring Systems (ASAM). The consortium, which has more than 300 active members—including many carmakers and major suppliers—plans to use M-SDL as the basis for the second generation of its open development platform for autonomous vehicles.

Foretellix says it began testing the technology in the U.S. and Europe last year with multiple OEMs. A new pilot program with Volkswagen is due to kick off later this year. The company also is working with the U.S. National Highways Safety Transportation Administration.

Binyamini concedes that it’s impossible to test every possible variable and combination. But he says can effectively do so by automating the process, breaking tests into sub-groups and applying systematic coverage.