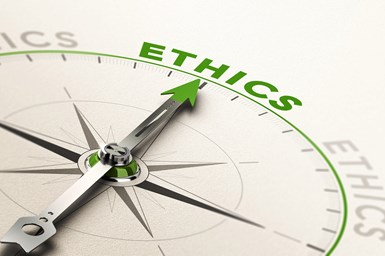 Of the 132 firms that made Ethisphere’s 2020 list of World’s Most Ethical Companies, only four came from the auto industry:

By comparison, nine companies from the energy and utilities sector were selected. Another eight were designated as industrial manufacturers.

The 2020 honorees includes companies from 21 countries (the bulk are based in the U.S.) across 51 industries. Seven (Aflac, Ecolab, Fluor, International Paper, Kao, Milliken and Pepsi) have made the cut every year since Ethisphere launched the initiative in 2007. 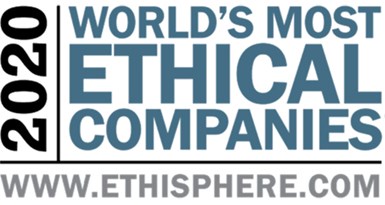 This year’s automotive tally is par for the course, with the number of winners never varying beyond 2-4 over the years. Most have come from the same small group.

Cummins has made the cut 13 times, missing out only in the inaugural 2007 list. Aptiv is on an 8-year streak, the first five of which came prior to being divested from Delphi.

GM and Novi, Mich.-based Cooper Standard are first-time winners. Previous automotive recipients and their number of wins are:

There also have been a few suppliers, such as Eaton and Johnson Controls, that were designated in different categories because automotive wasn’t their primary business. Eaton, for example, made this year’s list as an industrial supplier. Heavy-duty truck specialist Oshkosh also is a multiple winner.

In addition to being socially responsible and doing the right thing, ethics also can be good for a company’s bottom line.

Ethisphere notes that companies included on its list typically out-perform their competitors financially. They also are less likely to be fined or run afoul of compliance issues.

Another benefit: bragging rights. When a company is named one of the world’s most ethical companies, you can bet they're going to talk about it.

“It’s easier to live your values when things are going well, but it’s more difficult when the going gets tough. At General Motors, we are determined to lead the automotive industry in creating a world with zero crashes, zero emissions and zero congestion, and to doing it with integrity.”  —  CEO Mary Barra

"Aptiv's core belief is to always do the right thing, the right way. Our customers choose to work with Aptiv because of trust - trust in our technology, trust in our people, and trust in how we operate.”  —  CEO/President Kevin Clark

"At Cooper Standard, values are more than words that hang on the wall. We hold ourselves to a high standard and this honor is a great testament of our values, culture and employees who are dedicated to conducting responsible business at all levels of the company."   —   Chairman/CEO Jeffrey Edwards

Applicants are evaluated based on their answers to more than 200 questions, spanning culture and social practices to compliance, diversity and supply chain engagement.

The questions are grouped into five weighted categories—ethics and compliance program (35%), corporate citizenship and responsibility (20%), culture of ethics (20%), governance (15%) and leadership and reputation (10%)—used to calculate an overall Ethics Quotient.

Results are measured against companies of similar sizes, structures and operating environments, such as legal and regulatory factors. A company automatically is disqualified if it is deemed “materially deficient” in leadership or innovation.

Companies that participate in the assessment process receive an analytical scorecard that shows how their programs stack up against other applicants.

Among the common practices of the 2020 winners are:

Best practices and additional insights will be released in a report and webcast in coming months.