France Cuts Stake in Renault to 15%

The French government has sold 14 million shares in Renault SA, thereby reducing its stake in the carmaker to 15% from 19.7%.
#europe #Nissan #Renault 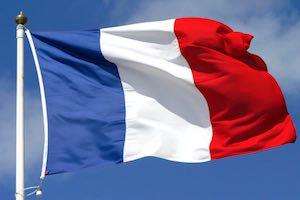 The French government has sold 14 million shares in Renault SA, thereby reducing its stake in the carmaker to 15% from 19.7%.

Renault is acquiring about 1.4 million shares in the €1.2 billion ($1.4 billion) institutional sale, according to Bloomberg News. Renault currently has a valuation of €25.6 billion ($29.9 billion).

France secretly hiked its stake in Renault in April 2015 to prevail in a shareholder vote to give the government and other long-term investors double voting rights. The move was engineered by French President Emmanuel Macron, who was economy minister at the time, to protect jobs in France.

Macron pledged two years ago that the government would eventually sell off enough shares to shrink its stake to historical levels. APE, the government’s investment agency, says the sale produced a capital gain of more than €55 million ($64 million).

The government will remain Renault’s largest shareholder, after alliance partner Nissan Motor Co., which holds a 15% nonvoting stake in the French carmaker. Renault owns a 44% voting stake in Nissan. Nissan, which generates most of the profit for the alliance, is eager to achieve a more equitable balance of power.

Renault CEO Carlos Ghosn, who also is chairman of Nissan, continues to be outspoken about the chilling effect of the government’s stake on efforts between Renault and Nissan to forge stronger financial ties.