The French government wants to send a message to the makers of cars with high carbon dioxide emissions: Cut it out!

Until this year, carmakers were supposed to hold fleet average CO2 emissions on new cars to 130 grams per kilometer. In January, the standard in the European Union began a two-year drop to 95 g/km.

Even so, the overall industry average crept up to 122 g/km last year from 188 g/km in 2018, mainly because of the soaring demand for SUVs. And high-emitting models face gas-guzzler penalties even if the company’s overall fleet average is good.

Manufacturers have been warning for years that it won’t be easy to meet the 95 g/km cap. But France isn’t in the mood to tolerate whining and excuses.

The sliding fee structure would apply to vehicles that emit more than 225 g/km. That group consists mainly of exotic and uber-expensive luxury cars, such as the Lamborghini Aventador, Ferrari 812, most Mercedes AMG models and the Rolls-Royce Ghost, Bloomberg points out. 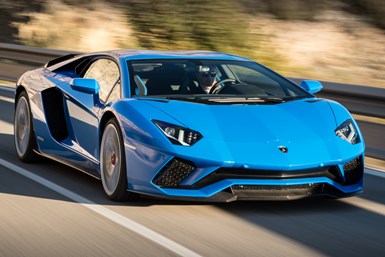 For years, buyers of powerful and high-performance cars have been paying gas-guzzler taxes, whether they know it or not, in most developed markets, including the U.S. Consumers who can’t afford cars that cost hundreds of thousands of dollars can be excused for having little sympathy about asking those who can to pay an environmental fee for the privilege.

But hold on. The French penalty plan also would lower the point where the CO2 emissions penalties kick in. Now we’re talking about fees that would jack up the selling price of several high-volume (and highly profitable) SUVs.

Which is why Europe’s carmakers are suddenly so eager to electrify their fleets. The industry has acknowledged that, penalties aside, there’s no way to meet the 95-gram target without a significant sales shift to EVs.

France’s ultra-high taxes on CO2 emissions from cars reflect the country’s determination to meet Paris Accord targets for lowering the overall release of greenhouse gases.

The EU is targeting a 55% drop in CO2 releases by 2030 compared with 1990 levels. Doing so would require carmakers to slash their average output by about 50%.

Carmakers are responding. What isn’t yet clear is whether they’re doing it quickly enough to stay out of regulatory trouble.